The Chaffins Recreation Association (CRA) was formed in 1947, shortly after World War II to do whatever they could to help the youth in the town of Holden. The club drafted bylaws committing efforts to "social enjoyment" and the "benevolent and athletic interests" of Holden. Sports were seen as way to help kids get into college. Members garnered every free and cut-rate source of labor and supplies they could, and borrowed $20,000 for the property purchase. By 1951, Little League baseball was being played on the CRA property. By 1956, they had built the indoor field house and held an all-out dedication.  For more than 40 years the organization thrived, and aged... however by the mid 2000's, the membership, and vision, had all but faded.

New life was breathed into the facility when in the fall of 2013, the CRA became part of Holden Baseball & Softball, the long-term tenant of the outdoor field complex.  Led by a board of over 30 motivated parents, Holden Baseball & Softball developed a new vision for the field house and in 6 short weeks transformed the decaying facility into Holden's only dedicated indoor training facility - the HIT Center.

Featuring several pitching and hitting lanes with retractable netting, the turfed field is easily converted into a 4000 sq ft open training space suitable for a variety of activities including baseball in-fielding practice, field hockey practice, lacrosse instruction and much more.  It is the hope of the organization that all Holden Youth Sports programs will find use of this new indoor space. 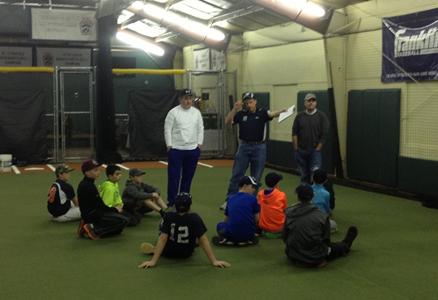 "it takes a village" 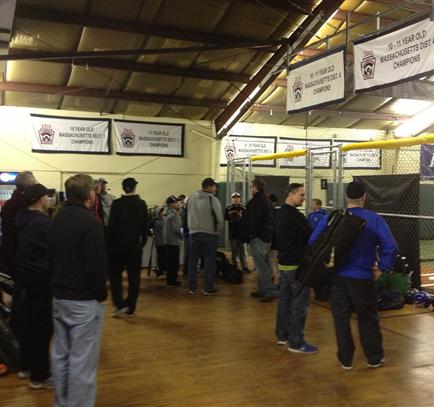